Valentino Sues Landlord to Cancel Its Lease: What It Means for the Fashion Industry In New York

The FACC-NY network is composed of a diverse mosaic of talented, experienced, and open-hearted professionals united by a desire to share their knowledge, nurture meaningful connections and succeed professionally. In this #MemberInsights series, we invite a guest member to contribute timely and relevant tips and insight for adapting your activities to overcome immediate challenges and plan for the long-term.

Milton Springut is the founder and managing member of Springut Law PC.  In this #MemberInsights blog, he discusses a recent lawsuit filed by fashion retailer Valentino and what it means for the fashion industry in New York. 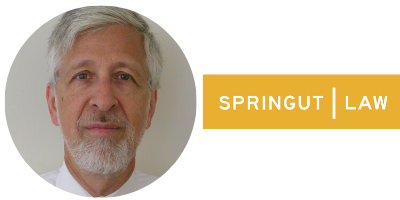 Do Valentino’s legal theories have merit?  What will Valentino have to show to get out of its lease?  And what does the suit say about other luxury goods and fashion outlets in New York?

Valentino’s complaint points to several factors which have hurt its business.  Apart from the March 20 New York Governor’s order that shut down “non-essential” business, at least for several months, Valentino alleges that the ability for luxury customer traffic in its store has been severely hampered.

“Valentino’s boutique is unable to offer in-boutique retail sales, or associated services such as fittings, as originally contemplated by the parties . . . services which are vital to its business and central to the Lease’s purpose.” Its business at the location, Valentino alleges, has been devastated.

And noting the severe economic downturn and continued need for social distancing, Valentino asserts that the value of its Fifth Avenue location has been permanently compromised.  “[E]ven in a post-pandemic New York City (should such a day arrive), the social and economic landscapes have been radically altered in a way that has drastically, if not irreparably, hindered Valentino’s ability to conduct high-end retail business at the Premises.”

Valentino’s primary legal assertion in its complaint is a legal doctrine known as frustration of purpose. When the whole purpose of a contract is frustrated by outside forces, then courts can excuse one party from its contractual obligations.

U.S. court’s focus on the parties’ understanding at the time they entered the contract.  As one court aptly summarized, “the frustrated purpose must be so completely the basis of the contract that, as both parties understood, without it, the transaction would have made little sense.”

The terms of the written contract are the central, often the only, evidence a court will consider to determine the parties’ intent at the time of the contract.

Here Valentino makes several strong arguments.  It points out that its lease restricts its use of the rented space to a retail luxury store.  And the lease provides that Valentino’s store “must be consistent with the luxury, prestigious, high-quality reputation of the immediate Fifth Avenue neighborhood.”  Valentino can use the space “for no other use or purposes.”  The lease further provides that during the entire duration thereof Valentino is required to occupy and use the entire premises.

Valentino thus has a strong argument that at the time of the lease the parties understood the purpose of the rental was to allow Valentino to operate a retail luxury store.  If circumstances rendered this impossible, then the whole basis of the lease has been frustrated.

Is the Frustration of Purpose Permanent?

There is little doubt that at least during the period when Valentino was forcibly shut down by the New York Governor’s Executive Order on March 20, 2020, the purpose of its lease was frustrated.  It was illegal for Valentino to operate a luxury retail store (or any non-essential retail store) at its Fifth Avenue location.

The more difficult part of Valentino’s complaint is that it seeks to completely cancel a fifteen-year lease that runs through 2029.  The clear implication is that the Fifth Avenue shopping area is now permanently and negatively affected, even if the COVID-19 restrictions are eventually lifted.  Whether Valentino will be able to prove this remains to be seen.

Economic Downturn – Not an Excuse

Valentino’s complaint also notes the severe economic downturn in New York as a reason to excuse its lease payments.  Generally, however, economic downturns do not excuse obligations under a contract to pay rent.  One of the chief purposes of contract law is to allocate the risks that might affect performance.   Contractual obligations are excused only in extreme circumstances, and then only when the event is unforeseeable.

Ordinary risks – like economic downturns – are considered foreseeable, and will not excuse performance. Valentino signed a fifteen-year lease in 2013.  It was a known risk at the time that in a fifteen year period, the economy in New York and the United States might suffer a recession (as it indeed did in 2008).  The possibility of an economic downturn  during its fifteen-year lease was certainly a foreseeable risk, and thus not likely a basis to excuse its lease payments.

What Does the Valentino Suit Mean for the Luxury Industry in New York?

Valentino is not going to be the only retailer to seek to be excused from its rental obligations due to the COVID-19 crisis.  Luxury goods and fashion companies throughout the United States have been forced to shut down for a time, and there are already many suits between retailers and landlords with similar allegations, with more expected in the weeks and months ahead.

What is different about Valentino’s suit, however, is that it seeks permanent cancellation of a long-term lease.  According to Valentino’s assertions, its ability to operate a luxury retail store on Fifth Avenue has been rendered permanently impossible.   If true, that is an ominous sign for the future of luxury retail in New York.  Valentino’s allegations are certainly a vote of no confidence in the future of New York as a venue for luxury. The suit may well be another signal that trouble is ahead for the luxury industry.

This article is for informational purposes only and not for the purpose of providing legal advice. You should contact your attorney to obtain advice with respect to any particular issue or problem. To learn more about Springut Law PC, please visit our website here. 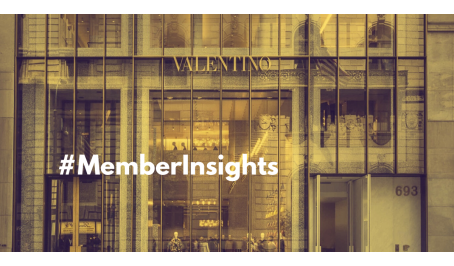