Why the digital divide needs new solutions from emerging technologies, even in the US

As 5G enhanced mobile broadband (eMBB) is being deployed globally there are still a significant number of people with either limited or no access to internet connectivity at their home or work locations. While the majority of these people are located in emerging countries in Africa and other developing regions. However, they can also be found in many rural locations throughout other countries, including the US.

Around 40% of the global population does not connect to the internet regularly, according to data tracked by Statista. In North America, that share of the population is as high as 10%. In the US, which is the fourth-largest county in the world by land area, there are numerous large regions that don’t have connectivity. Support has been offered and promised by the US federal government to subsidize network grown in rural areas, with over $10 billion over the next 10 years. Those subsidies will help to build out the backhaul and access networks.

Other governments likewise continue to offer funding to incentivize carriers to deploy networks in rural locations, helping out with lowering the net cost of deployment and operation, however these funds will not be sufficient for widespread coverage and connectivity. Fortunately, there are some wireless technologies currently available — with more coming in the next few years — that will offer lower-cost internet connectivity at levels that will make real progress in bridging the digital divide. These solutions can offer high speed broadband connectivity of at least a few Mbps to regions with currently no connectivity due to lack of network infrastructure stemming from either too few people in the region or average revenue per user (ARPU) that is simply not high enough to cover the costs of deployment and operations.

Today the lowest-cost and easiest way to access the internet is through mobile phones. Low-cost smartphones can be obtained for tens of dollars or less (if purchased second hand), and offer users access to news, retail info, and commerce. This enables the people in these rural unconnected regions to participate in a wider economy and community, thus offering them better education, as well as new job opportunities and better salaries.

Two radio access technologies that all smartphones have today are cellular (via 3G/4G) and Wi-Fi.  Both of these will be essential in providing connectivity in unconnected regions. There has been a lot of great work begun by the Telecom Infrastructure Project (TIP) — which was started by Facebook — to bring together members of the ecosystem in the interests of enabling low-cost radios, using both cellular and Wi-Fi connectivity. This work has merged with that of other international bodies, including the O-RAN Alliance, to open up the cellular Radio Access Network (RAN) to enable small companies to offer parts of complex end-to-end solutions that only a few incumbent vendors have been able to provide in the past. By detailing how these components of the RAN can communicate and interoperate with each other, a new ecosystem is emerging for lower cost solutions offered from a number of startups and smaller companies.

The second piece of the puzzle is the backhaul connectivity from the radios to the internet. This requires low-cost links that can come from a number of different technologies. While currently these radio links can be expensive — especially in areas that require links from tens to hundreds of kms — another possibility comes from the emergence of LEO satellite connectivity. LEO satellite links coming from players such as Starlink, OneWeb, and — in the future — Telesat and Amazon’s Kuiper, promise as much as hundreds of Mbps connectivity to remote locations for as little as $100/month (which is the current beta pricing for Starlink service). These links combined with low-cost access technologies, including cellular and Wi-Fi, could make a significant impact in bringing connectivity to tens or hundreds of millions of unconnected people throughout the world. 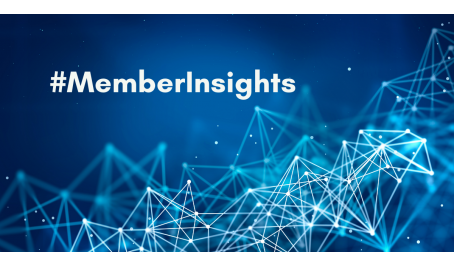