Banque Transatlantique and its Observatory of Expatriation

Banque Transatlantique is often said to be the bank for French expatriates. Can you comment on that?

For more than 90 years, Banque Transatlantique has been a renowned private bank for French expatriates. It was founded in 1881 by Eugène Péreire, Chairman of shipping company Compagnie Générale Transatlantique, and played a major part in financing the large-scale industrial and urban projects of the 20th century such as major infrastructure projects in Marseille and the Saint-Nazaire shipyards. Given that, accompanying French expatriates and helping them nurture transatlantic relationships are part of our DNA.

Banque Transatlantique founded this year the first Observatory of Expatriation. Can you tell us more about this project?

This project was motived by an observation: when living in France, we do not know much about French expatriates’ real lives and there have been few studies undertaken on this population group. The Observatory of Expatriation therefore aims at delivering data and insights into the French diaspora worldwide and changing common perception of it. Through an annual survey, we give French expats the opportunity to speak about their backgrounds, their aspirations and their ties with France, as well as to express their opinions on social issues. Thus it helps demonstrate in which way French expatriates contribute to France’s influence in the world. In collaboration with survey institute Opinionway and Union des Français de l’étranger, we conducted the first survey from February 13th to 28th 2020.

What major conclusions did you draw from this first survey?

Expatriations are motivated by work opportunities (39%). This is bolstered by a desire for career and/or social advancement (20%) and a better wage (13%). Moreover, French expatriates’ profile is fairly different from their fellows’: https://youtu.be/7SZpAm4WRHQ.

Europe is the top destination for French expats (51%, incl. 11% in the UK). Outside the old continent, North America seems appealing. The U.S. (10%) and Canada (9%) are respectively the second and third expatriation countries mentioned. Plus, after 20 years spent abroad on average, respondents acknowledge that their host countries are more appropriate when it comes to work (68%), seeking a job (64%) or setting up a business (64%). These figures are particularly accurate in North America (87%; 88%; 88%).

Beyond work, love is an impulse to expatriation (25%), as well as the desire to discover a new culture (23%). The U.S. are the second destination for couples. It is also interesting to note that 77% of respondents’ partners based in North America are of foreign nationality, including 29% French bi-nationals.

Is expatriation fulfilling for French expatriates?

Totally according to this survey! Almost all respondents (93%) state that they are delighted to live abroad (95% in North America). 85% are proud to French and 63% consider themselves as French ambassadors in their expatriation countries. These figures are higher in North America, respectively 87% and 64%. In this region, respondents attach great importance to the French historical heritage (65%), the French culture (62%) and French cuisine (62%).

Besides, they maintain close links with France through consuming French cultural goods (68%) and championing French trademarks (57%), as well as passing on the French language to kids (63%). They also feel deeply concerned by French news, which they follow on national French media (78%), media in their expatriation countries (44%), and social media (35%).

To find out more:

This article has been provided by our #OneForum2020 Gold Sponsor, CIC. The FACC-NY thanks you for your support in helping us bring this multiday forum to our members.

For the past 160 years, CIC has forged its own path - and still does so today, thanks to its 20,000 employees who help over 5 million customers through a network of 1,874 branches and 5 branches abroad. A leading bank in France, it owes its success to its high level of initiative, ability to innovate, and entrepreneurial spirit, as well as its key values of solidarity, proximity and responsibility.

From November 17-19, 2020, join us to discover transverse topics that unite us and our collective commitment to promoting bilateral development. 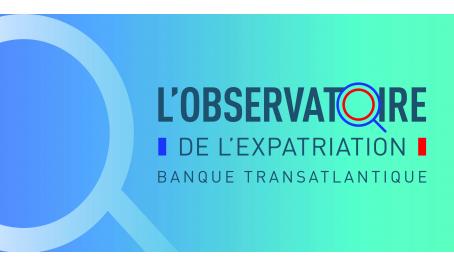