How to escape surprise billing

Toward an end to surprise billing at hospitals?

As if it were not enough to have to endure these usual high prices, US employees are exposed to “surprise billing”, when seeking “out-of-network” (OON) care (with studies indicating that 4 out of 10 ER visits ended so).

But surprise billing may happen even when seeking care at an “in-network” hospital when one of the providers is not in the network, due to an increasingly common practice of hospitals to use physician staffing firms.

Entering in force on January 1, 2022, the No Surprises Act (NSA) will change this. In case an insured person is not “reasonably” able to choose to receive care services from an in-network provider:

Given the complexity of that law, we focus here on the financial consequences that insurers have welcomed, for “focusing on affordability”.

To summarize, the amount the bill issued by the OON provider for emergency care will have to be close to an insurance plan’s median in-network contract rate for the same or similar service in a given geographic area, hopefully ending the outrageous OON surprise billing.

Every employer should now have a close look at how its health plan carrier or TPA, etc. handles this sensitive and complex issue.

The solution they devised with the help of legal experts is based on what Al Lewis, Quizzify’s CEO, calls “the mother of all consent.”

Quizzify recommends the employer print it on their employees’ insurance card, or that individual patients stick it on their existing card.

"Superseding form consents, I consent to responsibility (including insurance) for up to 2 times Medicare following receipt of an itemized bill for appropriate treatment".

It sets a price below the usual rates commercial plans are charged with. It covers all non-elective care except free-standing ERs and ambulances not owned by hospitals.

Thanks to a 1986 federal law -- the Emergency Medical Treatment and Active Labor Act (EMTALA), hospitals are obliged to treat every patient admitted in their ER, so there is no risk for a plan member to see their emergency admission refused.

Al LEWIS recommends that patients do not sign any of the papers that would be proposed to them during the admission process, or write down the superseding consent text on the admission paperwork.

He assures that the process works: providers accept it and he was happy to mention that a case brought to a court by a hospital was settled in favor of the patient, setting a precedent. 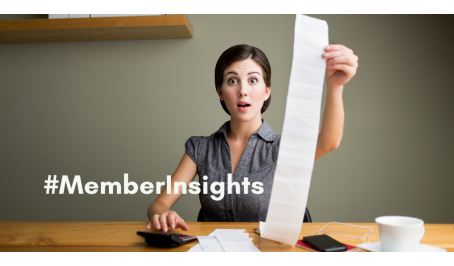