When it comes to reaching new international customers, success rests on saying the right thing. Working with a native expert when writing multilingual content is a must for lead generation and conversion.

The last week of October, another high-profile international site launch went terribly wrong: Amazon’s new Swedish website has been ridiculed in the press for its product translations. According to The Guardian, “Amazon’s launch of a Swedish retail site […] has caused embarrassment at the e-commerce company after a series of errors led to confusing, nonsensical, and occasionally vulgar product listings.”

Earlier this year, Mexico’s official tourism website was called out for its unfortunate translations, which included a reference to an iconic destination called Jumpsuit, instead of the correct name—Tulum.

IKEA made a similar gaffe this year at a store in Bahrain, where a bilingual ad, rather than being truly bilingual, featured Arabic that read, “the same as written, but in Arabic,” prompting AdWeek to speculate whether it was a translation faux pas or a publicity stunt.

When it comes to reaching new audiences, especially ones that speak another language, the pitfalls can seemingly pop out of nowhere. You don’t want to be known as the company that really got it wrong, especially when entering a new market. You only get one chance to make a first impression.

With the right communications partner, there is ample opportunity to get things right. I have been helping French- and Chinese-speaking companies reach English-speaking audiences since 2013. Are you thinking about producing multilingual content for the first time? Here are a few tips for you to consider.

Tempted by Google Translate? Not so fast.

Automatic translation might seem like an easy, cost-effective solution, but any expert will tell you to think twice, as the previous examples illustrate. I asked Cédric Godart, a senior French copywriter based in Brussels, about his experience working with multilingual content. His top tip: always work with a web copy specialist. “It’s a question of your brand image and credibility,” he says.

“Using an automatic translation service should never be your first instinct,” he goes on to say. The reasons are myriad. “Firstly, despite recent advancements in machine translation, certain expressions will be badly written—or worse, unintelligible. Secondly, these translations won’t be SEO optimized.”

He’s right. Not only will your content ignore important keywords, Google’s own quality guidelines state that it penalizes automatically generated content, including automatic translations. “This is why you really need to use a professional copywriter who is a native speaker of the language you’re working into. They can audit the original text to translate, adapt, and optimize it for SEO,” Cédric says.

In Hearing the Music of Language, published in Nikkei Asia, Roland Kelts says, “While the fluency of translators in a second language is of obvious value, their skills as writers in their first is critical.” Being bilingual is a very useful skill, but it isn’t enough to successfully adapt your content. Your bilingual employee, cousin who studied abroad, or friend’s au pair will not be able to do the job of a professional. Qualified translator–copywriters are communications experts who make sure your content speaks to your intended audience in words that resonate.

Cultural aspects are just as important as linguistic ones. Are there regionalisms you’re not aware of, like the difference between biscuits in the US and the UK or chandail in Quebec and France? Do your communications have cultural references that don’t exist in other places? A professional will be able to advise you on how to adapt them to have the biggest impact. No machine can do that.

Is your business ready for new customers?

As Cédric rightly points out, businesses should be asking themselves another important question when they decide to make online content in another language: will they be able to respond to their new customers? There is nothing more frustrating for customers than receiving an automated response or message in a language that isn’t their own. “Companies can call on internal or external resources to ensure customers receive detailed, tailored replies in their language,” he says. You don’t want to generate a new lead only to lose it because of a language barrier.

No matter what language your customers speak, you need content that truly speaks to them. Instead of automatic or five-minute translation services, consider relying on an experienced professional who can help you translate not just your words, but your value, to reach your intended audience for maximum ROI.

This article has been authored by Ben Karl, MBA, CT, the owner of BK Translation LLC. He is a French and Mandarin translator and English copywriter specialized in corporate and financial communications and marketing, including web content. He is a member of FACC-NY and FACC-LA. To discuss your English communications needs, don’t hesitate to get in touch. 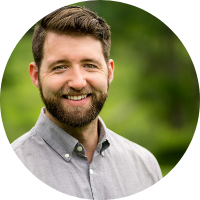 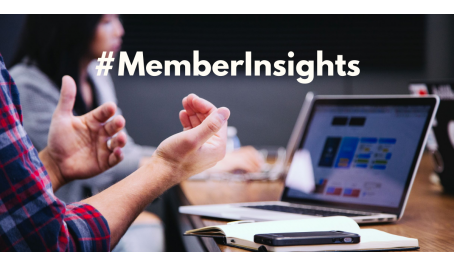