A few years ago, a brilliant young businessman working in Dubai asked for my help to improve his public speaking skills.

He explained that, despite being well-versed in the topics he was supposed to present to big clients, he would sweat so much during his presentations, that feeling his shirt begin to get wet made him even more anxious. Sometimes he would be so unable to concentrate that he would begin to mumble and could barely finish his speech.

Once we met, he was surprised by my questions about the day before any presentation. I wanted to know everything about his daily routine, including what he ate and how he slept. He finally told me that he was meeting friends every evening and generally having a lot of Indian food.

When I asked him about the rest of his evening, he was amused and remarked that I had no idea about the life of expats in Dubai. Every night, he would go from one private house party to another, having more than one drink in each venue.

For years, he had been sleeping less than six hours per night, and he believed that it was enough.

At the end of this eye-opening conversation, I had to explain to him that every presentation, every speech began not at the meeting itself but the night before.

Clearly, he needed to change his eating habits, consume less spicy food, which typically keeps the digestive system working overtime and can prevent sleep, and make you sweat, and consume less alcohol which disrupts sleep cycles. He also needed to go home before midnight the day before important morning meetings.

I also shared with him the precious secret of famous anchormen I had worked with as a TV producer in France.

They all had a change of clothes with them or in their closet at the workplace. Same brands and models of shirts, ties, and jackets. They would change their outfit more than once during the day and they seemed always perfect. Needless to say, that they always bought clothes of excellent quality.

After spending two days with me for an intense workshop, the young man returned to Dubai.

A month later, I received an email, thanking me warmly. His sweating problem was under control as well as his public speaking issues.

Making a list of your daily habits and, if necessary, changing some of them for the day before a big speech can make a huge difference.

Sometimes, solutions to our problems are simpler than we imagine.

Muriel Omur Ilbas is a former TV producer and anchorwoman, a communication expert with 20 years of management consulting, 16 years of training services, and 11 years of executive coaching experience.

Her company, LSWUS Consulting, LLC, based in the U.S., provides a broad variety of online and in person services in consulting, coaching, training, mentoring, and crisis management for expat managers and international students living in the US.

She provides intercultural coaching and public speaking services under her brand: Your Coach in America. 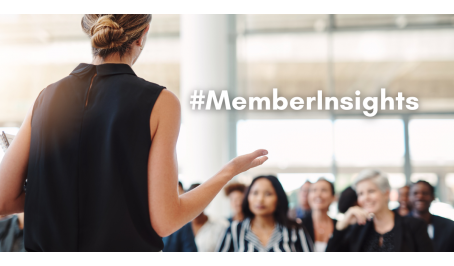