For 35 years D’Artagnan has been earning your trust by standing up for the principles of good animal husbandry and pioneering the fight against factory farms, hormones and antibiotics in our foods. We've fought exhaustively for the stress-free treatment of animals. Our commitment behind the scenes has been unwavering to bring you the best meats available on the market today.

This is why the recently proposed ban on foie gras in New York City touches us so deeply. The arguments against foie gras duck are flawed and so manipulated by a small, well-funded political active group that this cottage industry finds itself on the verge of being banned in one of the world's greatest food cities.

We ask you to support us in opposing the ban. Please consider the facts below and then take 2 minutes to visit FoodChoiceNYC.org to voice your opposition to the proposed foie gras ban.

1. American foie gras is raised on small-scale farms using artisanal methods. There are only three farms raising foie gras in the United States.  Each uses the hand feeding method, where individual feeders establish relationships with the group of ducks they feed, and never cage the ducks.

2. Independent vets & scientists conclude that hand-feeding ducks causes them no harm. The most detailed scientific study of the effect of feeding on ducks on foie gras farms, published in 2004 in the World Poultry Science Journal, contradicts the claims of anti-meat activists.  That study concluded that foie gras is a "nonpathological and non-harmful product."  Further, the study found that biological indicators of stress were “hardly affected” by the feeding procedure.

3. In nature, ducks fatten their livers for energy prior to migration, & the effect is reversible. "Based on the extra physiological use of a natural fattening phenomenon, foie gras has been recognized as a non-pathological and non-harmful product.  It has been shown that physiological indicators of stress, nociceptive signs and behavioral responses were hardly affected by the force-feeding procedure." ~Drs. Daniel Guémené and Gerard Guy, in "The Past, Present and Future of Force-Feeding and 'Foie Gras' Production"

4. Ducks have no gag reflex, & their esophagi have a tough lining, so they can swallow fish & other prey without pain.  According to the The Sibley Guide to Bird Life & Behaviour, "The basic esophagus is a simple, narrow tube, which often widens into a sack-like crop, where food can be stored temporarily. The esophagus can stretch considerably to accommodate large prey, such as when an egret swallows a large fish whole." In addition, the National Audubon Society states that "….birds have a remarkable ability to expand the mouth and stretch the esophagus to swallow large prey…"

5. The American Veterinary Medical Association has investigated foie gras production, and for three consecutive years has refused to take a position against it. "Because limited peer-reviewed, scientific information dealing with the animal welfare concerns associated with foie gras production is available, and because the observations and practical experience of House of Delegates members indicate a minimum of adverse effects on the birds involved, the HOD did not support the resolution opposing force feeding used to produce foie gras."

As a company, our reputation has been built on encouraging, supporting and supplying superior products based on the best farming practices. Please stand with us and click the link below to let your voice be heard. Even if you don’t eat foie gras, it is important not to let others dictate what is right or wrong based on alternative facts. 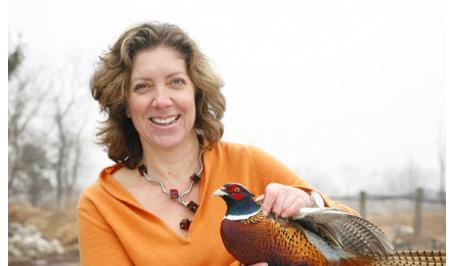