In our latest Meet the Member feature, we spoke with Virginia Fineberg, Director at Bilateral Language Courses. 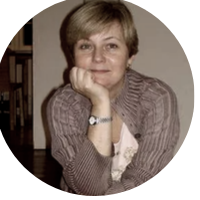 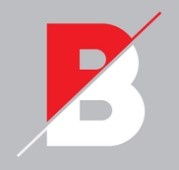 FACC: Virginia, you have an extensive career as a linguist, having worked for the United Nations system and the European Institutions as a translator and later as a simultaneous interpreter in English, French and Spanish. What is the link between that and language coaching?

VF: I am very lucky in being totally comfortable in my three active languages, English, French and Spanish, that I have used professionally for 30 years. After obtaining a BA in liberal arts in Argentina, my home country, I moved to France and started working as a linguist for the United Nations system and the European Commission in Brussels, first as a translator and later as a simultaneous interpreter. My professional experience was supplemented by a course in interpretation at the Institut Supérieur d’Interprétation et Traduction, in Paris, and a Master’s degree in Applied Linguistics. My family and I moved to NY in 2004, where I took up a post as an interpreter in the United Nations, that I occupied until the end of 2016.

Watching non-native English speakers struggle and stress when having to use English to communicate, particularly in professional situations, I began researching the differences between languages of Latin and Anglo-Saxon origin, looking for a method that would help them master the complex ways in which English articulates and structures communication. And that led me to create Bilateral Language Courses. But I would like to specify that I am not an English teacher, but a coach for people who are already quite proficient to help them feel more confident and relaxed when interacting with others in English. Of course, in the process I familiarize students with important cultural, social, semantic and grammatical elements of the language, thus making it easier for them to communicate in an English-speaking environment.

FACC: You specialize in coaching French speakers who want to improve their English communication skills. Why did you decide to create Bilateral?

VF: I decided to set up Bilateral because at this stage of my life I want to do what truly makes me happy, i.e. sharing my knowledge, teaching and having the satisfaction of helping people, as well as seeing my students make considerable progress in a relatively short span of time. Since I am also a musician, and language and music are closely related, I wanted to combine my linguistic skills with my musical knowledge and teaching background (I used to teach translation at the Sorbonne Nouvelle, Paris IX Dauphine) in a course specially designed for French speakers and other expats having to plunge into the fast-moving world of American English and who need to hit the ground running. French expats who come to NY tend to know a fair amount of English, but they usually lack in communication skills, maybe due to the way languages are taught in France. Therefore, they feel insecure and unhappy when they perceive that native English speakers simply do not understand them. And the stress that sets in creates a vicious circle that is hard to break: people tend to speak faster and faster, and comprehension becomes increasingly murky and difficult.

The fact is that we all have an accent when we speak, and that is fine. Nevertheless, in a professional environment, when you need to address clients, an audience, or the board of directors, you want to seriously think about clarifying your communication skills with a more neutral and effective “American” sound. What counts is not if you speak English the “right” or the “wrong” way, but what is appropriate for interacting with others, at a personal and professional level, in English. After all, nobody will get the message across better than yourself. You might as well harness all the resources at your disposal.

FACC: What is the difference between coaching and traditional language courses? How do you work with your students to find the most effective solutions? How do your courses work? What is your unique “know how”?

VF: As I tell my prospective students in the first, free, consultation session, I do not teach English per se, as a language. Rather, I concentrate on the different aspects that will help them become more confident, autonomous and efficient communicators in English. The course is designed to give you confidence and precision when speaking English, thus allowing your interlocutor or the audience you are addressing to understand and connect more easily with what you are saying. And that, in turn, will create a virtuous circle: feeling more confident and getting a better feedback will help you improve constantly.

My courses, always one-on-one, are based on 30-hour modules, of 20 sessions lasting 90 minutes each. Starting from each student’s needs and goals, we define together a working plan. I usually go to people’s offices or homes, since I teach both in Manhattan and in Westchester. In each of them, we work in turns on the different aspects that characterize English: placement, rhythm, stress, intonation and pronunciation. I also aim at turning students into autonomous learners who will continue working by themselves long after the course is finished.

My unique ‘know-how’ is both a thorough understanding of how to communicate clearly and effectively in several languages and having the linguistic knowledge and technique to help people go from a syllable-timed language (French) to a stressed-timed language (English). This is invaluable when helping students understand how to embrace a new idea of themselves when they speak English. In a way, in order to become fluent and confident you need to create your own “English-speaking persona”, that will be a bit different from the person you are in your mother tongue.

FACC: How did you hear about FACC and what are you most looking forward to discovering this year?

VF: This year I began working with in Westchester with a wonderful think tank, Think Talks, headed by Audrey Sandrini and Laila Bogaert. During their workshops I learned a huge amount and, of course, FACC came up in the conversation. I followed the thread, and here I am. 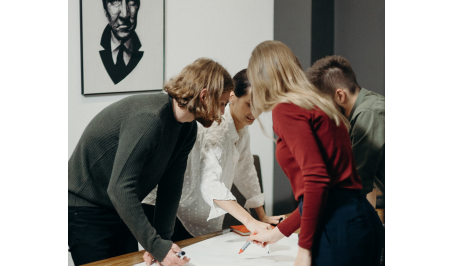