Over the past 20 years, Isabelle Estebe has been actively involved in the French-American Chamber of Commerce network: past President in the Carolinas, and board member at several chapters, including the FACC New York, where she is currently co-chair of its Technology, Start-Up and Entrepreneurs Committee. Estebe has significant expertise in networking and business development, as well as foundation experience.

FACC President Elsa Berry said: “Isabelle demonstrates a deep understanding of the FACC network from her previous activity as an engaged member of multiple FACC Chapters and brings business development skills from the tech sector.  We are excited to gain new perspectives from Isabelle, while maintaining strategic continuity and offering Martin the opportunity to broaden his professional experience as part of the FACC Foundation.”

“I am thrilled to join the FACC New York, an organization leading the way in North America as one of the largest and most active binational Chambers in the country”, Estebe added. “My passion for the French-American relationship is deep and I am eager to fulfill the Chamber’s goals with the support of a very talented FACC New York team and an active Board of Directors.”

Bischoff added: “My career began with a college study-abroad program in Paris, which was a truly life-changing experience for me.  I am excited to be able to focus my energy on providing such overseas experiences to French and American students through the FACC Foundation’s scholarship program.  Leaving my position as FACC New York Managing Director in the capable hands of a consummate professional, Isabelle Estebe, is an honor.”

With 1,000 members, the FACC New York is the largest of 18 FACC Chapters around the United States with a mission to provide the connections, opportunities, experiences and understanding that empower successful transatlantic business relationships between its members.

Since its inception in 2012, the FACC Foundation has provided 75 scholarships to talented French and American students pursuing graduate business degrees on the opposite side of the Atlantic. 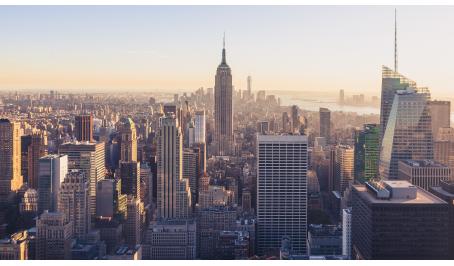