Expatriation and its affect on retirement: France vs. the U.S.

French expatriates, who are based in a foreign country, have too little interest in their retirement and often delay asserting their rights in the French system. However, taking an interest in your rights might avoid unpleasant surprises or, on the contrary, you could benefit from your pensions sooner as you think!

You are French and work in the United States or you are American and have worked in France, this article is for you.

The basic system – Cnav is based on different principles and the calculation of pensions depends on:

To obtain a full-rate pension, it takes 166 (born in 1955) to 172 quarters of contributions (born from 1973). The eligibility age is 62, so you will not be able to assert your rights to French pensions before this age (with the exception for long careers). The full rate (taux plein) is automatically granted at 67 regardless of the length of your career.

Agirc-Arrco calculates pensions based on:

Since the 1st of January 2019, a temporary bonus/malus system has been applied to encourage delay the retirement date. A 10% malus for up to 3 years will be applied on your supplementary pensions if you claim your rights at the full rate before the age of 67.

You must have reached the eligibility age, i.e. 62 years and justify a career duration of a minimum of 40 quarters (credits) of which at least 6 of contribution in the United States. But you will not get a full pension.

The full retirement age and therefore full pension, is granted later and gradually pushed back from 66 years (born until 1954) to 67 years (born from 1960).

Career France - United States: what is at stake?

Your employer, based in France, detaches you to the United States: you are kept in the French social protection system and you continue to contribute to French pension systems. This special status is only possible for a limited three years period renewable once.

You are considered an expatriate if you are employed by a local company or have exceeded the authorized temporary assignment. You contribute to the local pension system, that is, with the Social Security Administration – SSA.

You have the option to contribute voluntarily, at your own expense, to the CFE-old age (CFE-vieillesse). This option is, for example, attractive for a spouse in charge of a family who has not returned to work in the United States.

The agreement signed between the United States and France allows for coordination between pension systems. Some basic principles:

The bilateral agreement allows periods to be added on the condition that they do not overlap.

Beware in case of multiple expatriations, the rule of non-cumulative conventions may apply and France will adopt only one agreement to determine the length of your career.

For example, if you have worked in France, Switzerland and the United States, the Cnav will determine the most advantageous option and will take into account either only your Swiss years or only your American years. To avoid this trap, the CFE contribution is an option to consider.

Pensions are calculated according to the rules of each system and in proportion to the contributions paid. Therefore, there is no pension transfer from one pension plan to another. Pensions for each country are paid separately in the country of residence chosen by the pensioner.

Coordination between France and the United States also avoids the Windfall Elimination Provision (WEP). A reduction in the American pension is applied if you receive a foreign pension without justifying at least 30 years of substantial earnings. The bilateral agreement protects you from this reduction provided you have claimed your pensions following the administrative rules. 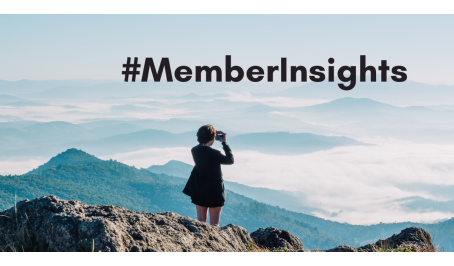