The Future of Aviation Post-COVID-19

Even as the $25 billion airline industry bailout is put in place, the future of the airline sector remains clouded.  Is the situation as grave as one might imagine?  How will the roles of commercial airlines and private planes evolve in the coming months and years to account for the new context?  What new approaches, behaviors, organizations and products can be expected and what will be the impact on consumers?

Thierry Betbeze, CEO of Dassault Falcon Jet, shared his perspectives on aviation and how COVID-19 will change the shape of the industry for years to come.

Over the course of his career, Mr. Betbeze he has been influential in numerous high-profile aircraft export deals, including several multi-billion Euro Mirage and Rafale projects with foreign air forces. He also orchestrated the financing of a wide variety of Falcon business jet sales to corporations and governments in Europe, the Middle East, CIS and Latin America.

Mr. Betbeze began his career at Dassault Aviation in 1984 as a cost accountant, later working in export financing with a wide range of responsibilities including treasury and currency hedging, before being promoted to Senior Vice President, Finance in 2004. In that role, he was also responsible for relations with the French Ministry of Finance. In 2016, he was named Senior Vice President of Finance at Dassault Falcon Jet.

Mr. Betbeze is a recipient of the Medal of Aeronautics from the French Defense Ministry. 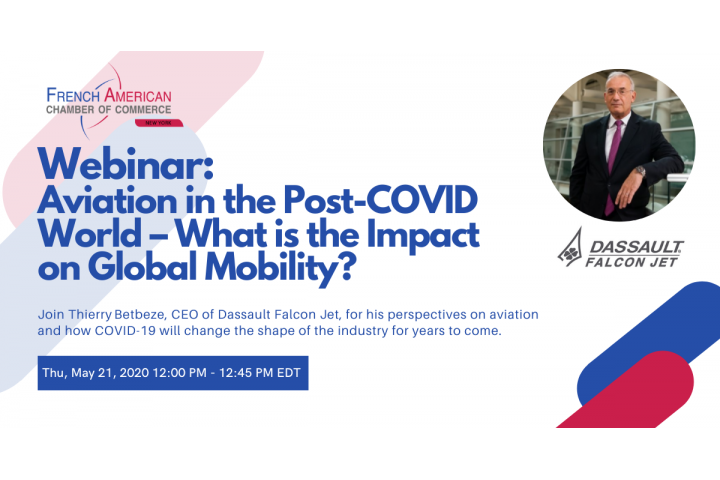